From laundering money, to purchasing designer clothes, it’s safe to say our favourite Netflix stars don’t often take their finances seriously - but who are the best and worst offenders?

Whilst the glamorous lives of sitcom stars and complex adventures of drama protagonists can seem exciting and sometimes even enviable, their spending habits could land you in hot water. However, there are a select few of bright stars across Netflix whose money habits are something to be admired and you may even want to take a few tips from.

We had a look at the spending habits of some of our favourite Netflix characters, including who is top of the class for financial literacy and who needs to go back to money school and learn how to budget better.

Netflix stars who need to get better at budgeting:

Emily is living the Parisian dream; she heads to the most glamorous parties in the latest looks, all with the Eiffel Tower as the backdrop, but is her fabulous lifestyle sustainable?

Emily is a digital marketing manager who earns on average around €41,163 per year (£ 34,431.80 GBP) in Paris. Whilst she does live in a more affordable apartment (which she shares with her friend Mindy) and takes advantage of her close relations with a chef at Paris’ hottest new restaurant for free meals, it is unlikely she would be able to splurge on high end designer clothing to sashay down the Champs-Élysées.

Emily is known for wearing bold clothes from luxurious designers such as Balmain and Dolce & Gabbana, from whom pieces often cost more than what Emily will be taking home every month. Unless Emily’s Instagram success is subsidising her lavish lifestyle it is likely she is struggling to keep up with the payments for her colourful wardrobe.

If there was ever a stark warning for making better financial decisions it’s Squid Games. The viral show sees main character Seong Gi-hun grapple with his devastating gambling addiction which inevitably lands him in the games.

We watch Seong Gi-hun squander his mother’s money (which was intended for his daughter’s birthday) on horse racing as he chases the high of a bet. Even when he wins, it is not enough, and he feels the need to try and beat the bookies once more. He can’t resist the thrill of gambling which leads him to landing in hot water with loan sharks and taking up the opportunity to play in the Squid Games.

Whilst some say that placing the odd bet can be fun and harmless, and some would argue an integral part of watching competitive sports, it is important to remember you will rarely win. Our recent study on bad money habits found that a third of adults agree that place bets and gambling is their worst habit (source: OpenMoney research, December 2021. 2000 GB adults)

If you do decide to place a bet, stick to small amounts and ensure your essential payments such as rent, mortgage, energy bills, groceries and even your surplus spending budget (such as money for treats) are all covered first. Never bet anything that you can’t afford to lose and if you worry your gambling may be getting out of control, do reach out to a gambling charity for support and help.  ‍

If you find yourself in a financial hotspot like the three protagonists from Good Girls it might be best not to follow their example on how to make some extra cash.

Beth finds herself on the verge of bankruptcy thanks to her husband’s bad business decisions, Annie’s poor spending choices mean she is struggling to pay for her son and Ruby finds herself victim to American medical bills preventing her daughter from receiving life saving treatment. However, it’s fair to say that it’s not their circumstances, but rather what they do next which stops the girls from ever finding financial stability.

The ladies get involved with a dishy but dangerous organised crime boss who drags them into the underworld and leaves them always looking over their shoulder. There are always ways to help improve your finances ahead of resorting to desperate measures. ‍

In the glamorous world of Bridgerton appearance is everything, but could keeping up with the Joneses land you in hot water? The Featherington family not only feel the need to parade their non-existent wealth, buying new ball gowns etc, in order to compete in high society, but they also don’t seem to have a grasp on just how bad their financial situation is, leaving the family blindsided when Mr Featherington disappears.

Having a clear idea of your income and expenditure is essential for a good money mindset. If you don’t keep track of your spending habits it can be hard to identify any money issues, making it easier to avoid them and bury your head in the sand like The Featheringtons.

Whilst the cause of Walter White’s money problems are of course not his fault, when he discovers that his cancer medical bills would leave his family penniless after he passes, he makes a series of questionable decisions.

It is pretty obvious that you should never start a meth lab in order to earn more cash, however when Walter does start to make more money from being Heisenberg, he hides his hard earned money under his house. Quite literally sitting on his money!

Instead of leaving your money to collect dust, consider the best ways to invest it! Better yet…*obvious brand plug alert* you could talk to one of our advisers, who can give you advice on exactly what to do!

The famous loft inhabitants are savvy spenders, utilising their money each month. The spacious LA loft, whilst in an expensive postcode is shared by four people, and bills are split making it more affordable. Nick is the loft's handyman meaning they can look after maintenance themselves, saving a pretty penny.

The gang also enjoy a drink for free in Nick’s bar or make up fun drinking games at home to make money stretch further. The characters are seen picking up side hustles whilst in between jobs to make sure they still have an income whilst looking for work and this plus their economical lifestyle would make it easier to stay on top of their finances.

One flat mate that hasn’t been included with the rest is Schmitt. Whilst he has a stable job in marketing, his lavish lifestyle and taste for the expensive means that he could be getting himself into debt in order to keep up with appearances, rather than taking a frugal approach like Jess, Nick and Winston.

With housing prices continuing to rise, whether you’re buying your first home, or selling up for something new (not necessarily a $3.3 million starter house like Crishell), property can be a lucrative place to invest your money.

Despite this, it's important that viewers don’t get sucked into the lavish lifestyles led by the cast.

We know  the entrepreneurial women love to splash their dollars on designer clothing and expensive dinners and parties, but their huge commissions after each house closure are more than enough to cover it. Unless your income covers it, you will need to do some serious saving before planning to go on a shopping spree that keeps up with Christine.

Love them or hate them, the ladies of the Oppenheim group know how to make money work for them.

When disaster strikes with your finances and an unexpected obstacle leaves you in the red, it can provide a huge peace of mind to know you have a plan and potentially a safety nest egg, just like Michael Bluth in Arrested Development.

Whilst his family never seemed to grasp the desperate nature of their situation, Michael set to work, taking an honest look at the financial situation he had found himself in and bringing some financial stability to the character’s lives.

By ensuring the family had a roof over their head and gaining control over the Bluth company finances early on, Michael saved his family from a much worse situation and stirred the sinking ship to safety - despite the shenanigans of those around him. And remember, there is always money in the banana stand! 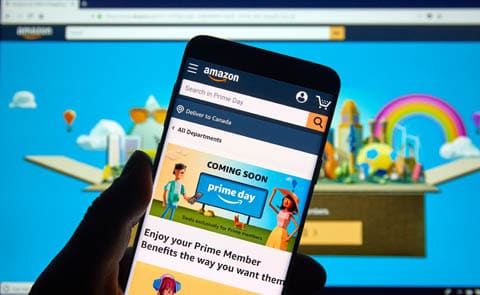 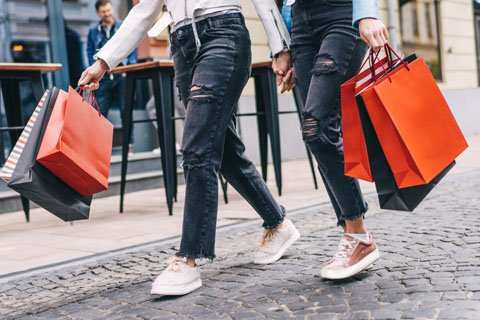 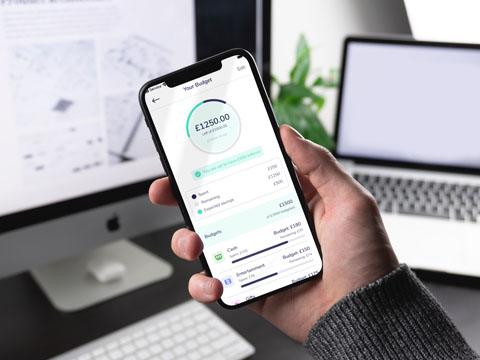 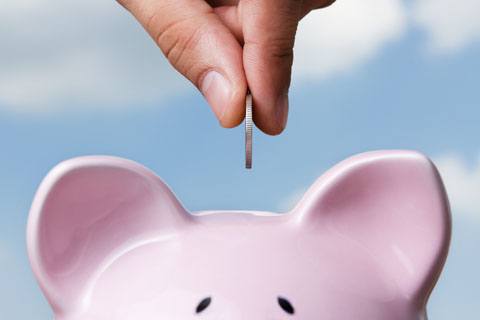